I thought the winning combination for floating was:

However, after today’s float I learned that I don’t always know the whole picture, so why make a judgement? That keeping a massage out of a float experience allows you to simply float, and tank on that experience fully. 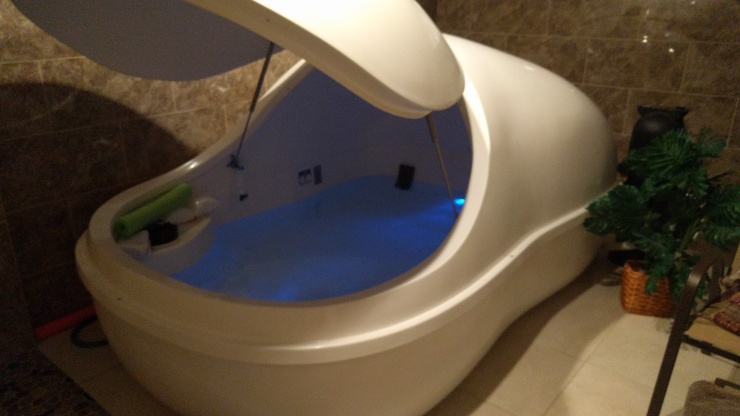 Shortly after stepping in the tank, I stretched around and felt like I should enjoy myself and be in a state of joy rather than feel like I was trying to get somewhere. I knew,

“I’m already here, there’s nowhere to go. This is it. Be here now.”

Just hours before this moment, I had spent an hour and a half on the beautiful quartz beach: Siesta Beach. Voted the #1 Beach in the USA, Siesta has been one of my favorite beaches I dig my toes into when I visit my family in Florida. 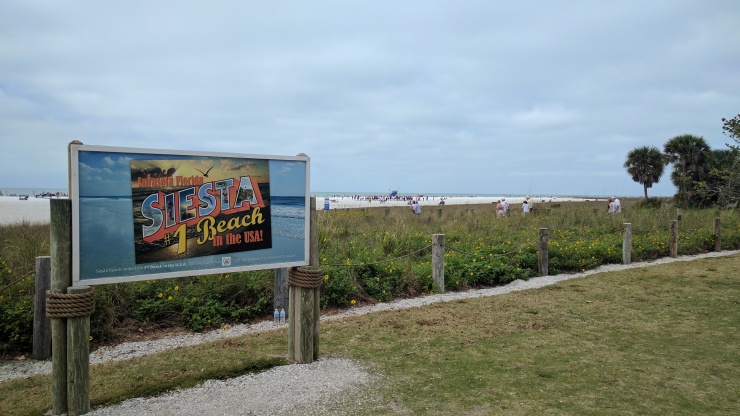 To my surprise, I had recently discovered that my guilty pleasure, my little breakaway from reality: Ava from the Temple of Consciousness, the astrological tarot reader I’ve been watching for over two years on Youtube, teaches at the beach on Siesta Key! I nearly flipped when I realized this, and I knew I had to go to her class. 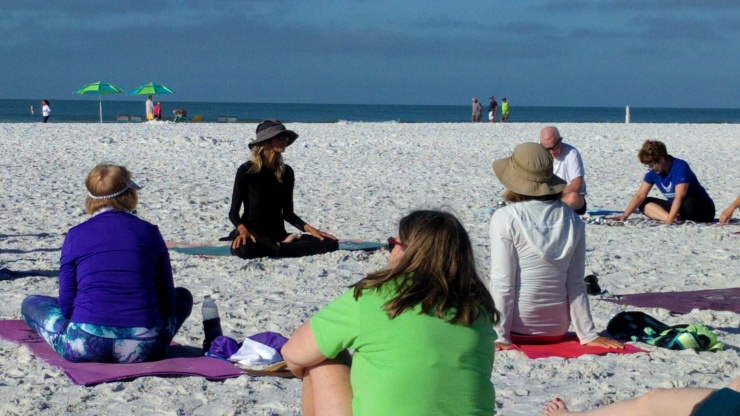 Siesta Beach is made of a sand of no other. The ground quartz that coats this beach is so fine, so cool to the touch, you couldn’t think of a better texture for a beach. The quartz was originally from the southern Appalachian Mountains, and traveled downstream toward the Gulf of Mexico, onto this lovely, lovely island filled with very well off people. It’s nice!

Ava surely put us through a workout. All the poses were gentle, but the way that we held each pose was like no other class I had been to. I could feel a vortex of energy flowing through me as I strongly held each pose, for longer and stronger than I typically would. As I would peek up at the lovely Ava, I would see poor husbands shaking, and struggling. By the end of the class, even I was shaking. 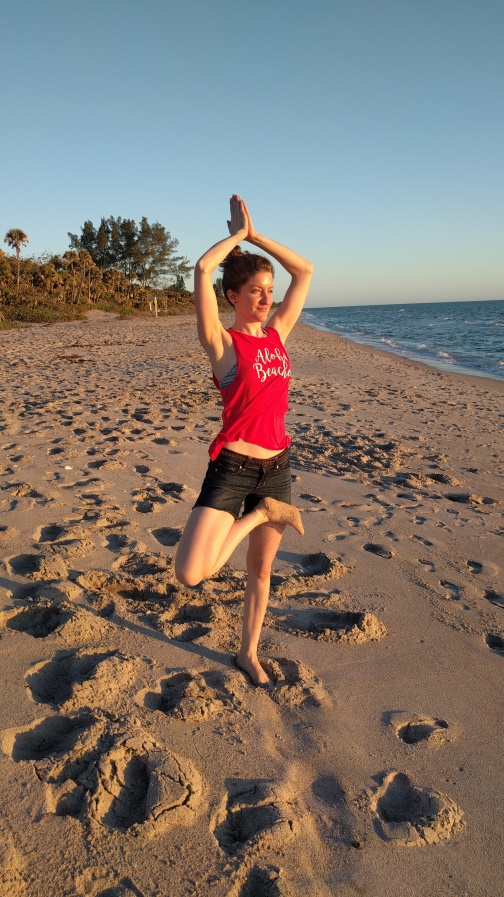 (I was so gonna wear this shirt to her class, and I should of!

I forgot: She greet peeps with “Aloha!” Aloha Beaches!)

At the end of class I just had to go up to her and say hi. As I put out my hand, my first words were, “I watch you on Youtube!”

In her floaty way, she bent over laughing. She was so happy to hear this and said, “Can you believe that not a person here knows that I’m on Youtube!?”

I wasn’t surprised. My dad calls his town “Wrinklewood” for a reason! These people probably don’t go online! (S’cool jus’kidn) 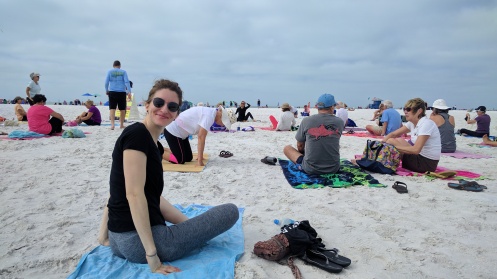 It was nice to see that she doesn’t boast or overly promote herself. I prefer to not blend my worlds either.

We shared some smiles, words, and then once I broke to her that I’m a fellow Pisces, she came in for a cheek to cheek hug. This short meeting with her was even more powerful than her class. I was already floating. 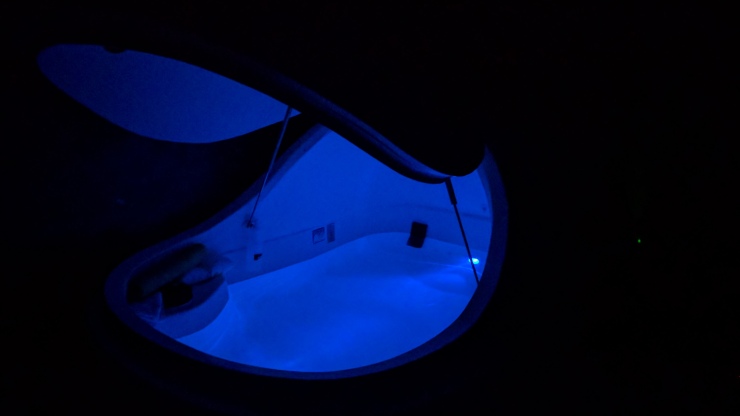 So as I was floating in the tank, shortly after this perfect morning, I felt like I should stretch out a bit. I realized, “I should have stretched my psoas before I got in here.” For every time I stretched my body out long, I could feel the tightness of this hip flexor. I knew that a tight hip flexor can affect the nervous system, which would keep me in more of a stressed state, rather than a completely relaxed state. 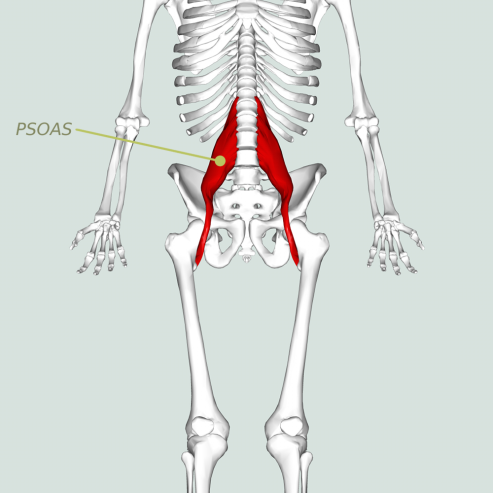 In a foot deep of water, filled with 700 pounds of epsom salt, I preformed an organic looking Dancer Pose, floating, freely. 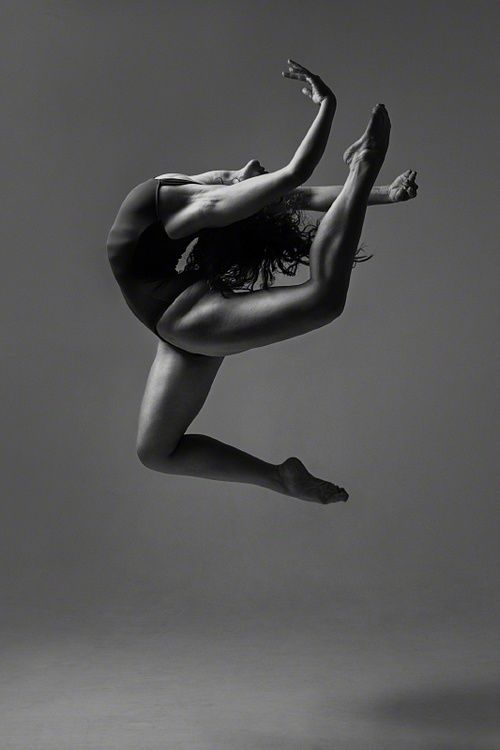 I interlaced my hands behind my head, pulled my spine long, and tried to relax. However, my psoas was still feeling rather tight. I was able to bend one leg back, then the other, and I grabbed ahold of each ankle, performing a Floating Reclining Hero Pose, and felt my nervous system Awaken.

Once my body felt more relaxed, I felt ready to meditate. With much more meditation under my belt since my last float, I was able to sink into stillness with much more ease.

The previous evening, I reread my article on floating, so my little tricks from the article surfaced for me and were helping me settle. Breathwork and mantras allowed me to leave the day behind; however, I kept noticing this thinking mind:

“Wow. I’m really able to settle much easier. Maybe this will be the float where something really big happens? Third time’s the charm!” And it kept going.

I automatically thought, “Stop thinking, You!”

I used another one of my tips: seeing from behind your eyes, and I let my point of awareness shift back behind my eyes, and just watched. I watched these thoughts as if they were coming from a different mind: her mind. Her mind was one that saw the world as separate. She didn’t mean to see the world as separates, but that is just how everyone else in that world existed, so she often forgot to question this reality.

Each time I felt myself lose focus, whether from thoughts, or tapping the side of the tank, I would bring my attention to a one pointed focus: in between my two eyes, upon my third eye. This focus, this relaxation, penetrated this space in my mind. My head would tilt back, I gave a slight tuck of my tailbone which instantly opened my hip flexors, and I felt completely free, without boundaries. A one pointed awareness can do so much for a meditation practice.

More than a handful of times I would become aware of the water line that outlined my floating face. I felt like I wasn’t lying horizontally, but I was upright. And the moment I would be aware of this water line, I felt as if I was flipping forward in space. I opened my eyes and saw dimly lit stars. I had my own personal light show floating at the edge of outer space: feeling no boundaries between my skin and the water, the tank no longer had any boundaries, and space existed forever.

This waterline upon my face brought on one of my favorite flashbacks:

I was meditating with intensity, and became aware that I was one of many making up the form of a giant multi-colored Buddha. I realized he was in a seated position, and I was at the bottom of his right foot. “At his foot?” I questioned. “I’m much higher than a Buddha’s foot,” I innocently thought. Instantly I rose above the rest of these Buddha beings, to the top of a white ceiling, and broke through:

I was Alice, and the scene was Through the Looking Glass. As I approached this glass, I was being reflected into this glass.

If I felt love, I reflected love. However, if an inkling of fear was felt, I quickly reflected a very ugly, destestable world.

A test then began with a countdown: can I remain in a state of love/non-duality?

I looked Through the Looking Glass: 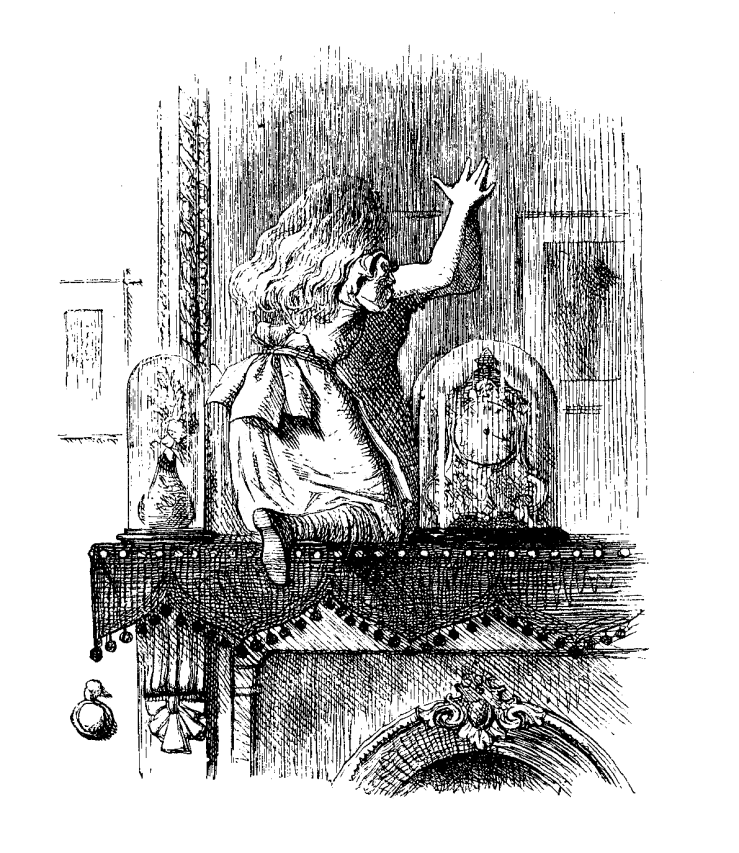 I was able to remain in a state of being without shifting. I then felt a shift within that I was worthy of carrying on some sort of flame. Maybe a flame that I carry within my heart.

So as I was floating, water halfway up my face, I had this flashback as if I was stepping through Alice in Wonderland’s Through the Looking Glass. I felt as if I was completely in a State of Love. I am In Love. Mmmm, I felt In Love. It rippling through me, as if it’s all I was.

If I’m in Love, and have no boundaries, maybe I’m floating in a Sea of Love. I noticed the water around me was Love itself, too. And I was not only aware of this state of love, I was in its’ being.

This love echoed through all as all, as I no longer felt any walls, and all is in this sea of love, this sea of blissful love.

A mantra more powerful than any other started to echo through this mind, this chamber, this all:

My practice of seeing all as God (Ram), as Love, started to echo through. In my daily practice, I hear Ram as I remember to see the God in each  seemingly separate piece.

In the tank, I was in this state, Love, and Rammmmmmmmm, echoed through me.

The water echoed Rammmmmmmm and I was in that ripple as Rammmmmmmm.

Any thought that passed across my mind was Rammmmmmmmmm.

My foot touched the edge of the tank, and it was no longer an issue.

I was in this Ramne, and even saw how silly death is,

“Why do we see our deceased relatives as themselves? They are just back into the One again! That’s all! We’re already there, but have forgotten! We think we’re separate, but that’s just our perception! The great illusion!”

I saw the absolute absurdity in our felt separateness,

“How come we all see each other as separate?! We reassure each other: I’m me, and You’re you, but It’s all Ram, It’s all One!” 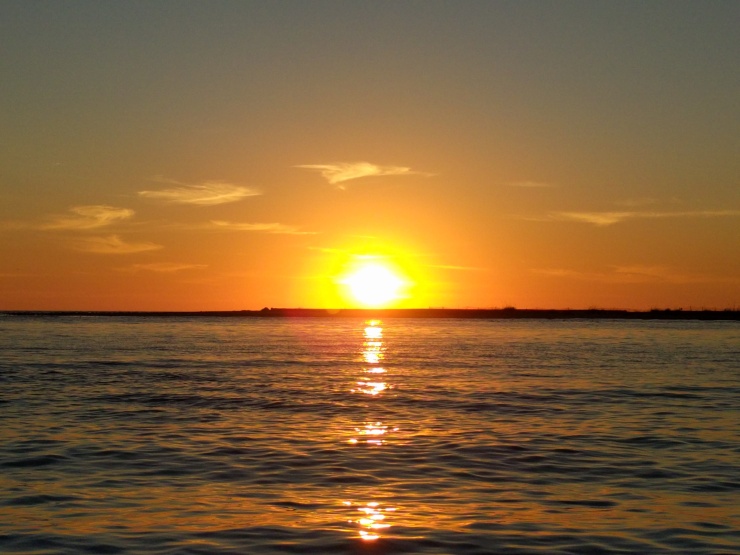 Just like I had felt in Ava’s class, I felt a strong flow of energy circulate through my system, and my body felt each ripple of the intense waves I was tuning into.

During her class I thought, “What is it that I am feeling in this flow?” I was feeling these ripples, these waves.

Each ripple is apart of One sea, this Sea of All, Light, Bliss, & Love.

Let words leave you, and just Be. 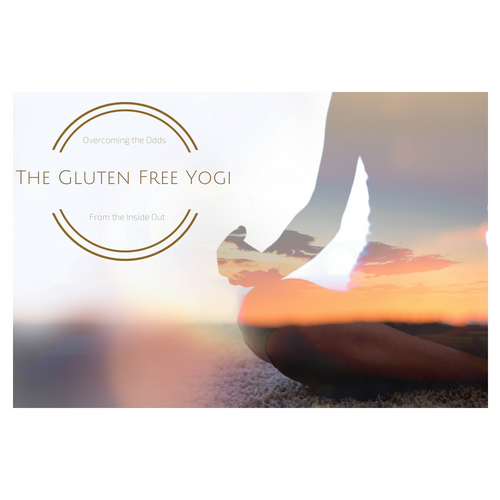